The original manuscript of Mierle Laderman Ukeles’ MANIFESTO FOR MAINTENANCE ART 1969! Proposal for an exhibition “CARE”  is republished here in full, as part of a research collaboration between Pompeii Commitment. Archeological Matters and the second issue of the journal Dune, published by Flash Art. Written in 1969 “out of huge fury”, Ukeles’ text is a crucial turning point for the artist’s research, marking a moment when she no longer tries to hide the maintenance work she was constantly involved in. Rather, she names her daily chores of cleaning, sweeping, washing and changing diapers as “maintenance art” and, by doing so, asserts their artistic relevance. Says Ukeles, “Maintenance has to do with survival, with continuity over time. You can create something in a second. But whether it’s a person or a system, in order to keep it, you have to keep it going. I think that one thing we must do is value and learn from those who provide this service.”[1] Whilst intensely grounded in a specific historical moment, the MANIFESTO was always made with the future in mind as it attempts to think through the temporal practices of maintenance that underpin every act of creation and revolutionary change. It was very much under Ukeles’ influence that the curatorial team of Pompeii Commitment chose to define their own tasks in terms of “Epistemological, Curatorial and Editorial Maintenance”, so as to highlight the long-term goals of care and commitment within their roles. Furthermore, Ukeles’ understanding of the city as a creative force deeply resonates with the work carried out daily by the staff of the Archaeological Park of Pompeii, comprising specialized workers and conservators. Indeed, Pompeii was, and still is, an urban ground first of all, whose streets require cleaning and plants need pruning, for example. Today, Pompeii is preserved and, to borrow one of Ukeles’ expression, “kept alive” as a physical archaeological site through what is known as Manutenzione Ordinaria (“Ordinary Maintenance”): activities which, relying on slow work and lengthy temporalities, ensure that the archaeological matters, by nature no longer restorable nor re-constructible, may continue to exist as remains that blur the distinction between human and non-human, subject and object, creators and maintainers. SB

Mierle Laderman Ukeles (Denver, Colorado, 1939. Lives in New York City) has been focusing on maintenance activities for several decades, since publishing in 1969 her MANIFESTO FOR MAINTENANCE ART 1969! Proposal for an exhibition “CARE” and throughout her whole career as artist-in-residence at New York City Department of Sanitation, an official unsalaried role she’s held since 1977. Her artworks, blurring and crashing boundaries between labor and performance, communal systems and individual spirit, unveil connections between work and workers, the city and the environment. One of her most monumental projects, TOUCH SANITATION (1979-80), was developed by Ukeles over eighteen months of in-depth research, fundraising, planning, learning the system, and examining the relationship between those who live in a community and those who serve it. It then took another eleven months to perform it. She went to every single garage, section, transfer station, landfill and personally shook hands with 8,500 sanitation workers in the five-borough urban system, saying to each person, face to face: “Thank you for keeping New York City alive!”. Through her feminist practice, the artist claims an aesthetic and sociopolitical space for the repetitive, iterative, and unavoidable work of care and maintenance. She believes art creates freedom and asks whether “we can design modes of survival – for a thriving planet, not an entropic one – that don’t crush personal and civic liberty and silence the individual’s voice.” She has exhibited internationally, including at the Whitney Museum of American Art, MoMA PS1 and Queens Museum, New York; Museum of Contemporary Art, Los Angeles; Tel Aviv Museum of Art; Sharjah Biennial; Haus der Kunst, Munich; Art Institute of Chicago; Istanbul Biennial; amongst others. She has been awarded fellowships from the Guggenheim, Andy Warhol, Joan Mitchell, and Anonymous Was a Woman Foundations and received honorary doctorates from the Rhode Island School of Design, Maine College of Art and School of the Art Institute of Chicago. Her papers are in the Smithsonian Archives of American Art collection.

The very first issue of this portal, bringing together the possibilities of an archaeological multi-verse with the extended temporalities of maintenance work 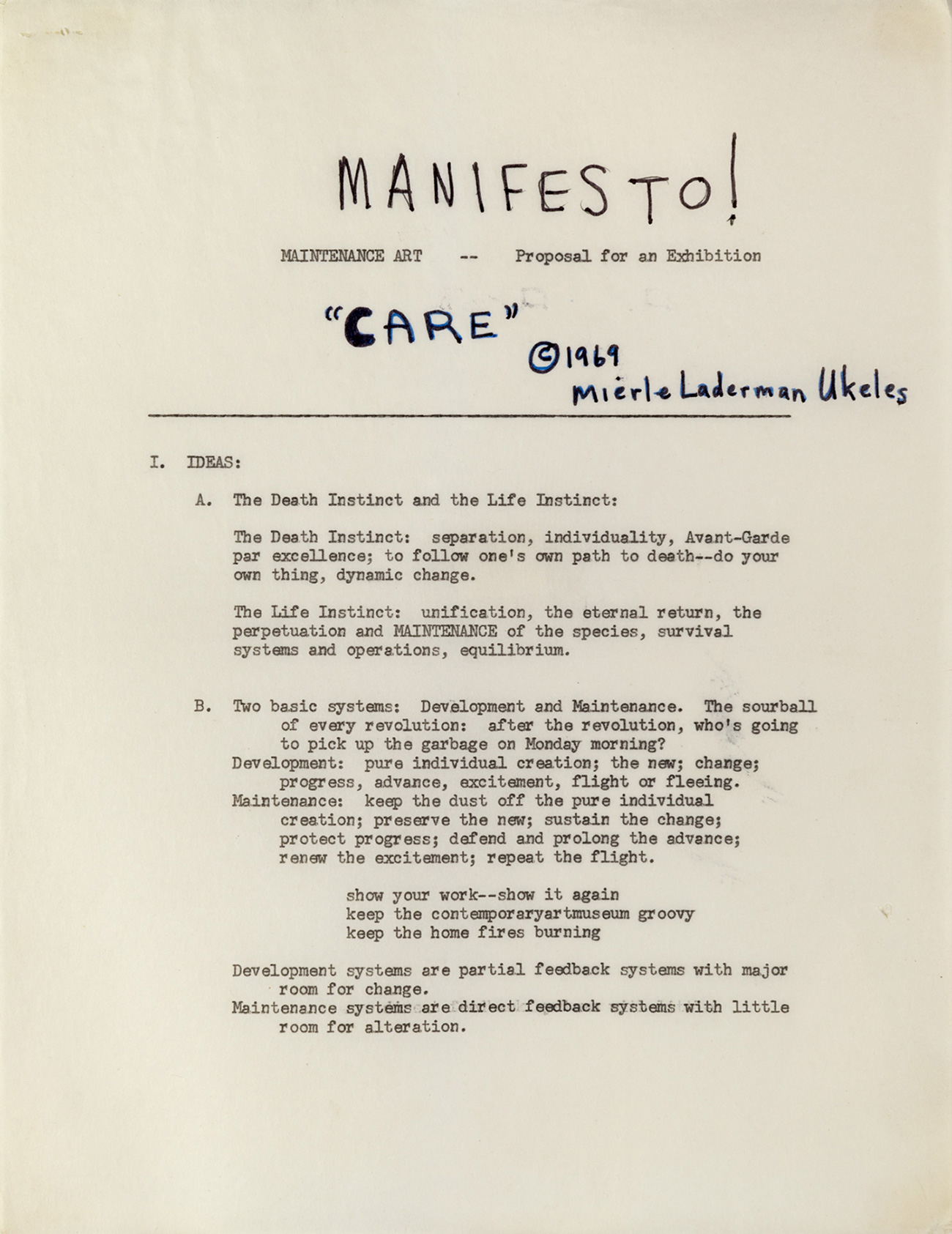 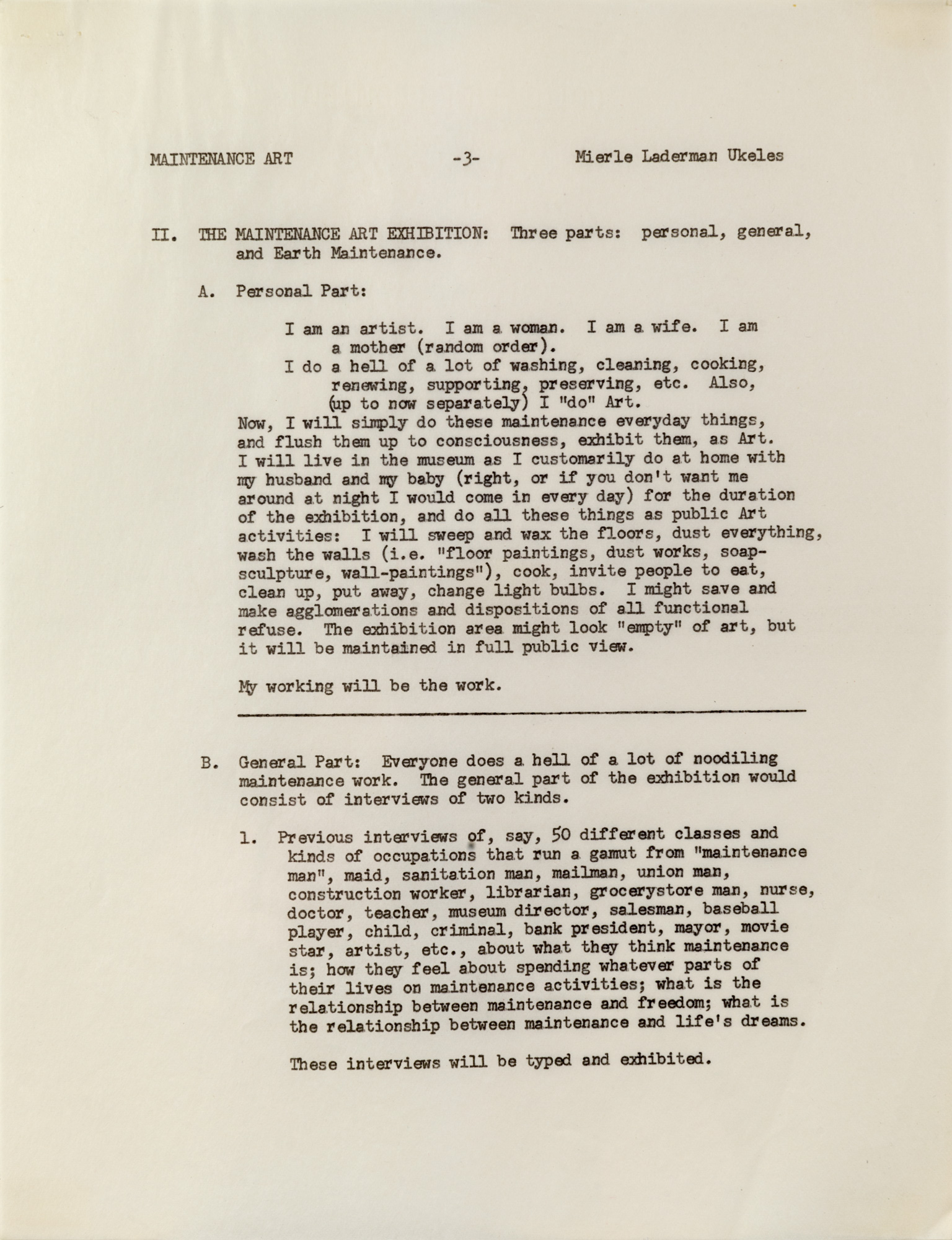 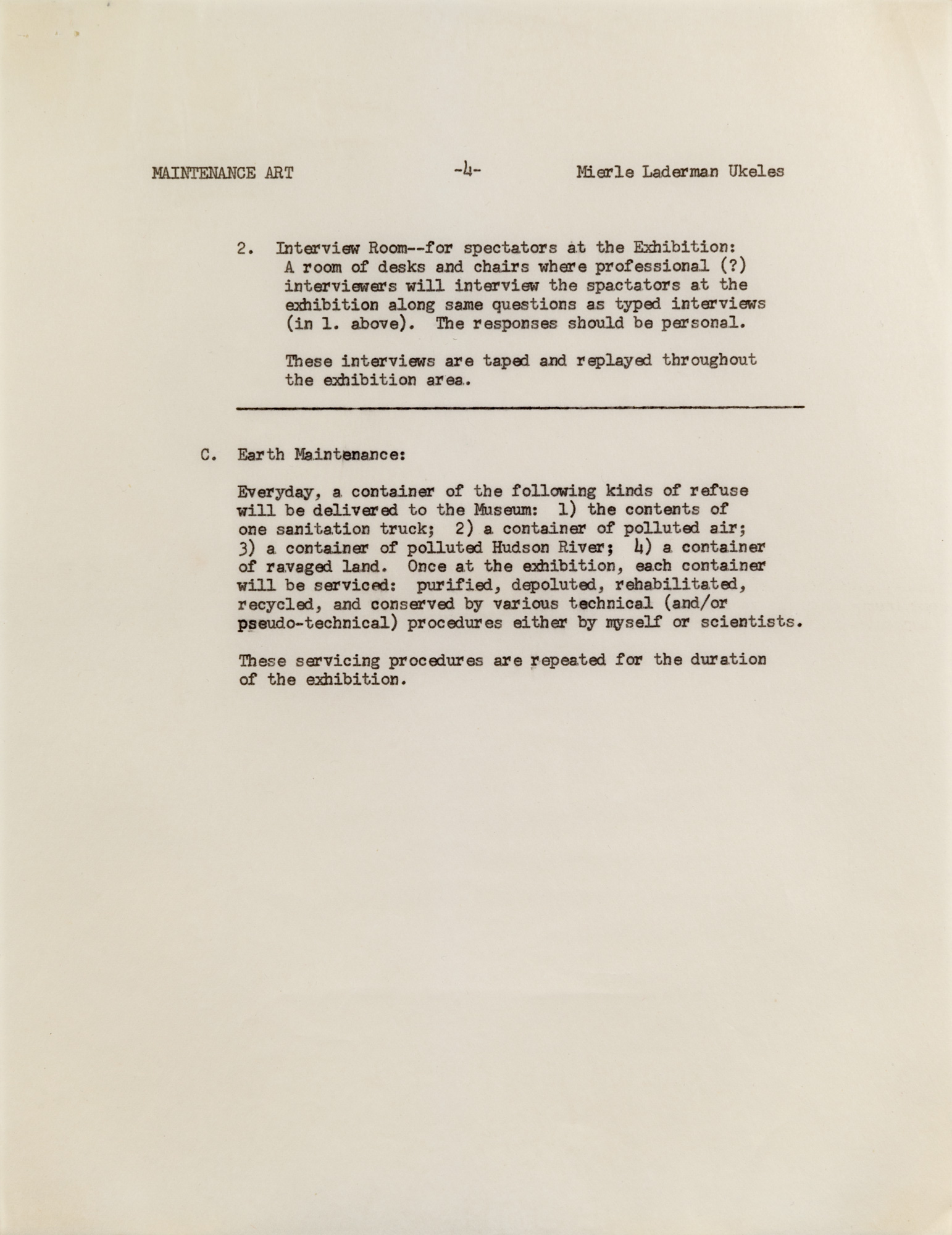