The representation of ruins is a long chapter in the history of the Grand Tour: from the first drawings, engravings and prints, since the end of the 19th century this has become a mainly photographic history, which, although aiming to study and popularise its results, has defined the fluid outlines of an authentic imaginary of Pompeii. Invited by the Archaeological Park of Pompeii in autumn 2020 to conduct research in the context of Pompeii Commitment. Archaeological Materials, Luisa Lambri not only captured the contradictions with which the purported objectivity of the camera has narrated – rather than recorded – Pompeii in the last two and a half centuries, but she has also expressed a further and, in many aspects, extreme outcome. In her research, the artist focused particularly on the interiors of two domus: the Room of Leda and the Atrium of Narcissus, a sensual and sophisticated cubicle being excavated in Regio V, and the House of Julia Felix. The frescoes decorating this domus include extensive figurative works, which have only partly survived, in which the portraits of the dominus or the domina and allegorical myths adorning the walls are framed within geometrical structures and lines, sometimes decorated with flowers and vine leaves, indicating and precisely defining the space of the pictorial illusion. As the artist explains: “At times, the only thing remaining of these paintings in the ruins are the lines of the frames themselves, which are simple and beautiful in their own right”. Focusing the camera on these lines and the structure they frame, outlining the space reserved for representation even though the subject portrayed is no longer visible, Lambri photographed Pompeii in a manner that extrapolated it from any possible documentary form. In this pattern of fragments and materials corroded by time, Lambri captures every detail of these lines and the coloured canvases they frame, but by removing them from their original secondary and servile function, underlines their expressive independence. The final image reveals itself as an evocation of abstract painting of the early 20th century and the works of the Californian Light & Space movement and Brazilian Neoconcretism, or the primary structures of the Minimal works of the same time, such as, among other possible examples, Blinky Palermo’s canvases and wall art he uses to place his own contribution in the centre of digital research www.pompeiicommitment.org. The pervasive relationship between the concrete and the abstract in these images is studied, from a purely technical viewpoint, by the practice Lambri uses to progressively create all her works, with different layers and passages: the images are in fact produced using an analogue camera, then the resulting negatives are scanned for digital processing and, finally, printed again in analogue mode, patiently calibrating the light, colours and contrasts of the various elements making up the image, an authentic crasis of analogue and digital knowledge. In this sense, Lambri’s research in Pompeii not only lies beyond the documentary image of the Grand Tour, but is also presented as a critical reconnaissance of the ambiguous statutes of the contemporary image. Untitled (Casa di Giulia Felice, # 02), one of the works resulting from Lambri’s research at the Archaeological Park of Pompeii – published at the start of the artist’s contribution – investigating resonances and perspectives, inaugurates the contemporary art collection at the Archaeological Park of Pompeii. AV

The research of Luisa Lambri (Como, 1969. Lives and works in Milan) is an act of discreet yet constant concentration, understood both as an intellectual reflection and, at the same time, a representative synthesis. The artist’s chosen means of expression, photography, is interpreted by subverting the expectations linked to the history of the photographic means itself: considered an instrument of objective representation of the real, and therefore the instrument par excellence of the loss of “aura” of the image at the time of its “technical reproducibility”, to cite the philosopher Walter Benjamin, for Lambri, while continuing to represent objective data, photography can be used to capture the interpretative shifts and hermeneutic potential it contains and reveals. Reducing the image to the pattern of its primary elements – lines and grids –, adopting specific viewpoints and dosing the perception of light hitting the space and time in which the subject is placed, Lambri does what for a photographer could seem an aporia: she photographs abstraction. In particular, her images of modernist and contemporary architectures capture and exalt the idea and, metaphorically, the formal ideology of the photographed building, giving the image the quality of an epiphanic experience of rediscovering the real. The artist has taken part in two editions of the Venice Biennale: the 50th edition, Sogni e Conflitti: La dittatura dello spettatore/Dreams and Conflicts: The Dictatorship of the Viewer in 2003 and the 48th edition in 1999, dAPERTutto, exhibiting her works at the Italian Pavilion and winning the Leone d’Oro. Her solo exhibitions in museums include: PAC-Padiglione d’Arte Contemporanea, Milan, (2021); Met Breuer, New York (2017, with Bas Princen); Isabella Stewart Gardner Museum, Boston (2012); Hammer Museum, Los Angeles (2010); Baltimore Museum of Art, Baltimora (2007); Carnegie Museum of Art, Pittsburgh (2006, with Ernesto Neto); The Menil Collection, Houston (2004); Palazzo Re Rebaudengo, Guarene d’Alba (2001); Contemporary Art Center, Vilnius and Nordic Institute for Contemporary Art, Helsinki (1999). Her participation in collective exhibitions include:  Quadriennale d’Arte, Palazzo delle Esposizioni, Rome; Among the Trees, Hayward Gallery, London; Italics: Italian Art between Tradition and Revolution, 1968-2008, Museum of Contemporary Art, Chicago; Painting the Glass House: Artists Revisit Modern Architecture, Aldrich Contemporary Art Museum and Yale School of Architecture, New Haven; The Shapes of Space, Solomon R. Guggenheim Museum, New York; The Grand Promenade, National Museum of Contemporary Art, Athens; Vanishing Point, Wexner Center for the Arts, Columbus; Living Inside the Grid, New Museum, New York; Yesterday Begins Tomorrow: Ideals, Dreams and the Contemporary Awakening, Center for Curatorial Studies Museum, Bard College, New York. 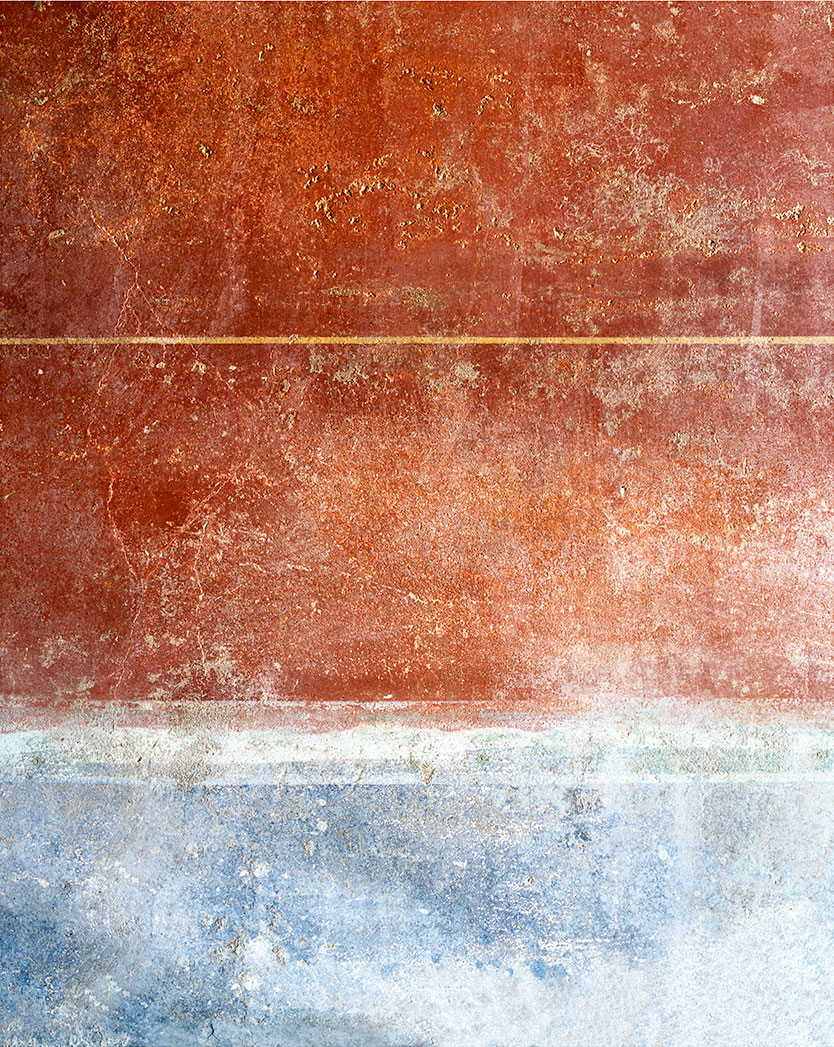