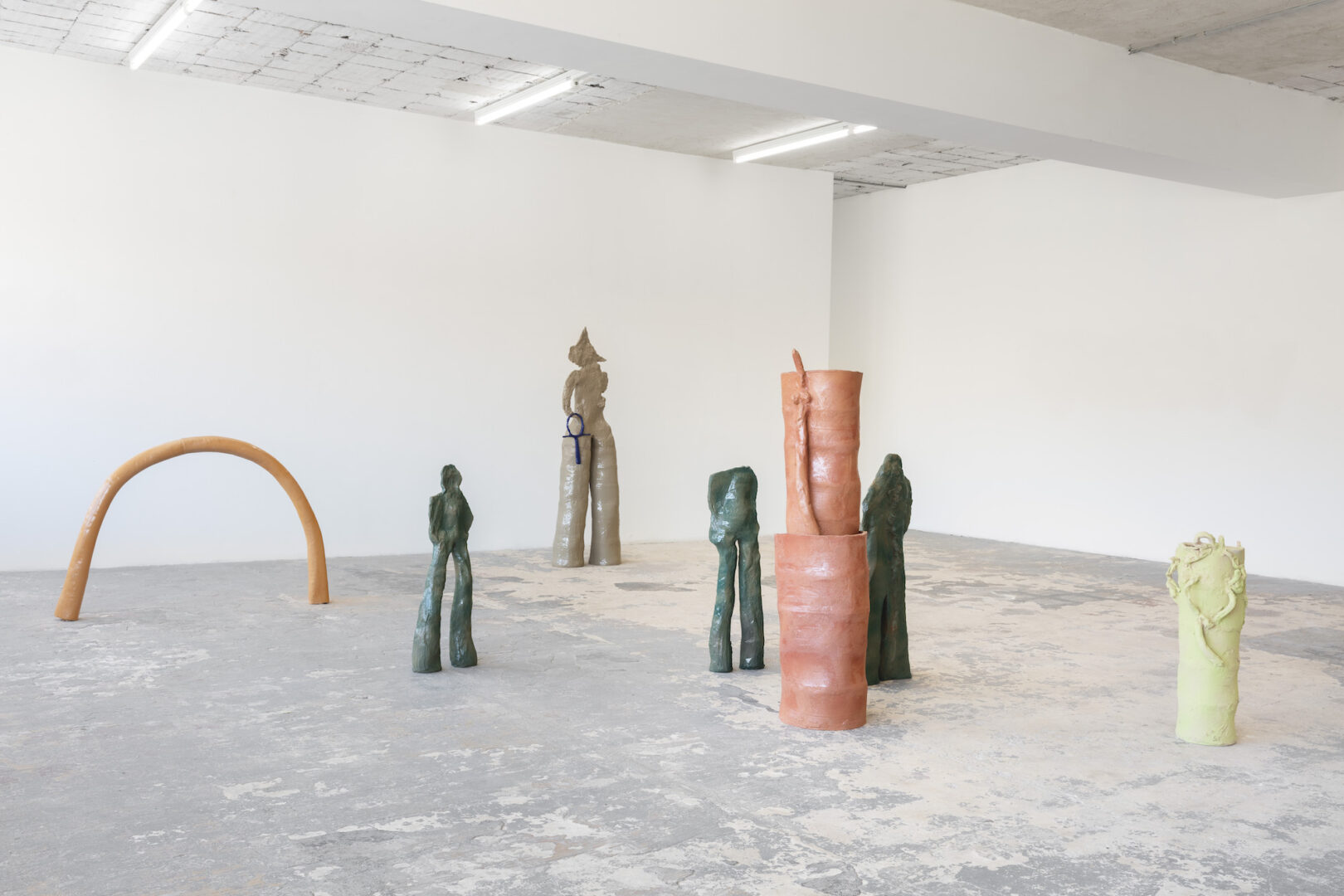 One of the most important contemporary artists, Simone Fattal was born in Syria and grew up in Lebanon. She left the country in 1980 with the outbreak of the civil war and she settled first in the United States and later in France, where she currently lives and works. Fattal has developed and established her artistic research and practice particularly over the last decades, including different expressive media such as drawing, painting and, since 1988 (when she attended the Art Institute of San Francisco), ceramics. In her works, the artist draws forms out of natural and living matter such as clay – forms that evoke the union between the carnal and mystical dimensions, reality and imagination. Fattal shapes figures that return the deepest intimacy of our feelings and thoughts connecting them to both historical and cultural dimensions to express the value and, at the same time, the care and fragility of human life.

In early 2020, at the invitation of Fondazione ICA Milano and Pompeii Commitment. Archaeological Matters, Fattal visited the Archaeological Park of Pompeii in order to study in person the site and the archaeological storages – a research that later led to the reflections and the sculptural representations of A breeze over the Mediterranean. Fattal observed the universal history and the multiple individual stories of Pompeii, taking inspiration from the Pompeian artefacts and their cultural, religious, social and historical archetypes. The artist is interested in their interconnected existence between the mineral, vegetal and animal elements, of which they were originally composed, and the cultural functions they covered before becoming fragments in which any distinction between life and death, myth and history, natural and cultural, human and non-human vanishes.

The several works in the exhibition, all realized in ceramic, have been created by Fattal in 2021 in Italy, at the renown Officine Gatti of Faenza.

Unlike all the other archaeological sites”, stated Fattal upon first sharing her research on the portal and research center pompeiicommitment.org, “we can say that Pompeii gives a reconstruction in itself. For the place has not been destroyed by time, but by a moment. Ruins in the world can be read on many levels, but there are fragments of all periods mingled together, or on top of each other; you have to reconstruct the influences, the sequence in time. In Pompeii, it’s a fixed image”. The Pompeian “fixed image” proposed by Fattal sheds a light on the coexistence of intense and mutual influences of a time when, always according to her words, in Pompeii “Egypt is present, but also Syria, and Asia Minor. But with all this diversity and differences, it seems that all lived together in harmony”. Fattal evokes then, through the works exhibited, not only a city in ruin but a palimpsest where the multiple meanings and the possible interpretations correspond to an archetype. In such a narration historia and fabula match, and the different Mediterranean cultures coexist, merging with each other and with their ecosystem, fixed in an apparent eternal present available to our gaze, which crosses them with surprise.

The exhibition is part of the yearly program Ceramics. Ideated by Fondazione ICA Milano, the project surveys the use of ceramics as an artistic medium, presenting a selection of research across the 20th century through to our contemporary time.

In conjunction with the collaboration with Fondazione ICA Milano on the occasion of A breeze over the Mediterranean, the Archaeological Park of Pompeii inaugurates its new collection of contemporary art (Collectio) in the context of Pompeii Commitment. Archaeological Matters. The sculpture titled Hermes (2021) by Simone Fattal directly inspired by the artist’s field trip to Pompeii is being acquired by the Archaeological Park, becoming the founding work of its new collection.

We thank the kaufmann repetto Milano – New York for supporting the project.

We are grateful to Nicoletta Fiorucci Russo and Fondazione Sandretto Re Rebaudengo, Team Partners of the Partners Committee, experimental model of cultural partnership conceived by the Archaeological Park of Pompeii for the project Pompeii Commitment. Archaeological Matters.

INFORMATION FOR THE PUBLIC
Simone Fattal, A breeze over the Mediterranean
Curated by Alberto Salvadori with Andrea Viliani, Stella Bottai, Laura Mariano