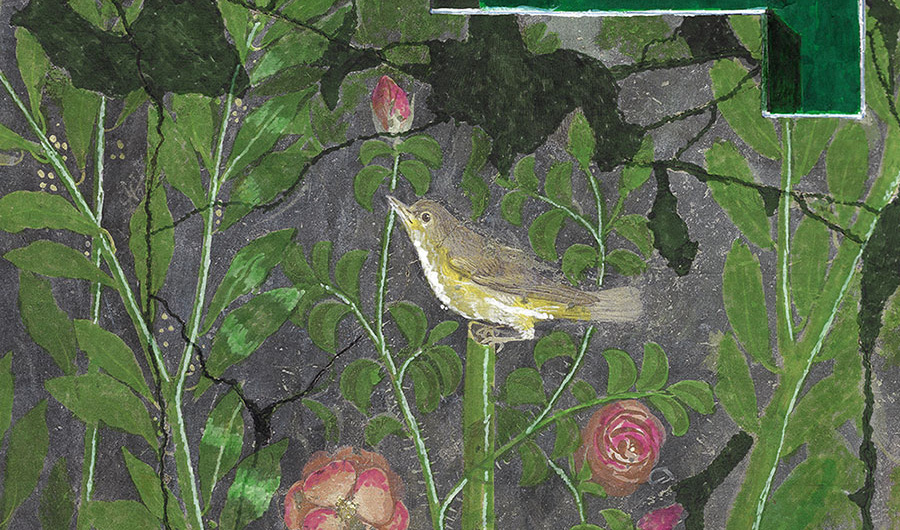 The Archaeological Park of Pompeii is pleased to announce the presentation of the solo exhibition Metropoli Latina by Andrea Branzi, one of the most important figures in Italian design and architecture from the 1960s to today. The exhibition – based on a project conceived by Studio Andrea Branzi and produced with the support of Friedman Benda Gallery, New York – is presented as part of Pompeii Commitment. Archaeological Matters, in collaboration with the Festival del Paesaggio, and is curated by Gianluca Riccio and Arianna Rosica with Studio Andrea Branzi.

A newly commissioned contribution (Commitment) by Andrea Branzi, curated by Andrea Viliani, Stella Bottai and Laura Mariano, is published on the portal www.pompeiicommitment.org (the digital research centre of the Pompeii Commitment. Archaeological Matters program) to coincide with the exhibition launch on 14 October 2021.

Starting from the reflection conducted by the Florentine architect and designer on the “Latin metropolis”, rethought by Branzi as a living fabric of domestic and private environments rather than as a theoretical space-time built on the ruins of a monumental past, the exhibition, which intertwines different means of expression (a work-panel, architectural models and sound installations), explores the Pompeian domus as a repository of both classical and tragic art, revealing a Pompeii that has remained intact in its intimate dimension and, for this reason , so disturbingly modern. Branzi himself writes:

Pompeii as a place of the dead but also of the living, of poets, of the sea and the volcano, of politics and eternal commerce…
Far from the Rome of monuments, Pompeii leaves scars that are silent, as deep as stone roads or as shallow as sheep tracks…
Exposed to the dazzling sun and the cool semidarkness of the houses, where gods are indistinguishable from slaves and poor art from rich art, masterpieces and farmyard chickens…
This is the Pompeii that scares me most, because it is too much like us…
In the villas, the dull light of the rooms struggles to penetrate the small alabaster slabs, illuminated by a few oil lamps that allow us to discover the mysterious myths and faces of the ancient Latins…
They speak in Latin, in fact, and recite the poetry of Catullus.

The open spaces of the Casa del Triclinio, which host the entire exhibition itinerary, emerge through the presence of Branzi’s works and interventions as a scenario of suspended and inscrutable narratives and dreamlike landscapes: fragments of a world in our eyes and to our ears as unexpected as it is fascinating. Five maquettes from the Metropoli Latina series (2018), accompanied by the presence of a work-panel – Wall 6, specially created for the exhibition – articulate the exhibition itinerary in the interior spaces of the House, highlighting, with their mute presence shrouded by the dim light of the rooms, the connection between the culturally higher sphere of the Pompeian domus, linked to the cult of the Gods, with the rustic nature of the Latin domestic habitat.

Accompanying the visitors’ path is also a sound installation, also produced specially for the exhibition, which emerges from the rooms of the House reproducing the sound of a voice (that of the actor Alessandro Preziosi) reciting a selection of excerpts from Catullus’ carmina, while sounds related to the rural and peasant world play in the garden. The internal and external spaces of the House, marked by the presence of a large vineyard, as well as the memory of their past and the experience of their present, relive in a reciprocal spatial connection and temporal interpenetration, in a multi-sensorial and multi-species entanglement that, by activating itself, fills and almost takes by surprise the daily life of the archaeological area.

INFORMATION FOR THE PUBLIC

Metropoli Latina is open to the public from dal 15 October to 30 November 2021, every day, from 9.15am to 4pm.
Access is allowed to all visitors with an entrance ticket to the Archaeological Area of Pompeii

In his research Andrea Branzi (Florence, 1938. Lives and works in Milan) interrelates projects in architecture, town planning, interior and industrial design, working along the fine line between the former disciplines and the visual arts – from drawing to photography to installations – interspersing his projects with university teaching and extensive theoretical production. Critical of the self-involved attitude of the modern movement – due to which the story of the “design” allegedly became separated from the story of “reality” – Branzi’s design incorporates all the creative and transformative vitality of the contemporary city. From which emerges the concept of the No-Stop City, 1969, (to which, in 2006, Branzi dedicates the publication No-Stop City: Archizoom Associati): a community defined not by the authority and stability of its architecture but by the mobility of its inhabitants and the porosity of their interests and exchanges, in relation to which it defines a building practice that is conscious but not assertive, indeed self-doubting. Aware that “our century does not guarantee any happy endings,” Branzi responds to the crisis of globalised and post-capitalist modernity by placing himself in a productively critical position: “We have moved from an architectural civilisation that identified historical value in the act of construction to a commodity-based civilisation characterised by the flow of goods, information and services, which, by their very nature, are non-territorial, diffuse, transferable realities… The rigidity and solidity of architecture no longer exists”. These premises give rise to designs which, by making reversibility their constructive principle, affirm the limit of merely theoretical thinking and the creative power of reality, a reality acknowledged by Branzi in its interweaving multi-species, in its constant process of becoming, in its unshakeable, and hence seminal – albeit paradoxically – contradictions. Branzi “strays” and “digresses”, as he himself admits in the interview published for the project Pompeii Commitment project, Archaeological Matters, but it is precisely this straying, this digressing, this straying off the beaten track that he has made a structural element of his work.
Branzi graduated from Florence University in 1967. From 1964 to 1974, he was one of the founding members (with Paolo Doganello, Gilberto Corretti and Massimo Morozzi) of the Archizoom collective, one of the leading groups on the Italian Radical Architecture scene. A member of Studio Alchimia, founded in 1976, Branzi began associating with the Memphis group in 1981. In 1982 he opened his own studio and in 1983 he was one of the founders of the Alchemic Domus Academy in Milan, the first international school specialising in industrial design, design management and fashion. Formerly a Full Professor and Chairman of the Study Course in Interior Design at the Faculty of Design of the Politecnico di Milano, and a contributor to the most authoritative magazines in the sector, such as Casabella, Domus, Interni and MODO, Branzi has written several books and essays, including The Hot House. Italian New Wave Design (1984), Domestic Animals: The Neoprimitive Style (1987), Learning from Milan. Design and the Second Modernity (1988), Weak and Diffuse Modernity: The World of Projects at the Beginning of the 21st Century (2006) and Introduzione al design italiano. Una modernità incompleta (2008). His designs have been produced by companies such as Alessi, Cassina, Qeebo, Vitra and Zanotta, and his works and designs are included in the collections of numerous museums, including: Centre Georges Pompidou, Paris; CSAC (Centro Studi e Archivio della Comunicazione) of the University of Parma; Denver Museum of Art, Denver; Design Museum, Ghent; Fondation Cartier pour l’Art Contemporain, Paris; FRAC-Fonds Régional d’Art Contemporain, Orleans; Groninger Museum, Groningen; Israel Museum, Jerusalem; MAK-Museum für angewandte Kunst, Vienna; MoMA-Museum of Modern Art, and Brooklyn Museum, New York; Musée des Arts Décoratifs, Paris; Musée des Beaux-Arts, Montreal; Museum of Fine Arts, Houston; Victoria & Albert Museum, London; Vitra Design Museum, Weil-am-Rhein. He has been awarded numerous prizes, including the Compasso d’Oro, which he has won three times, the third in 1994, being for his Career. In 2008 (the same year in which he was named an Honorary Member of the Royal Design for Industry in London) he received a Laurea Honoris Causa in Disegno Industriale (Honorary Degree in Industrial Design) from the Faculty of Architecture of the University “La Sapienza” in Rome and, in 2018, he was awarded the Industrial Rolf Schock Prize by the Royal Academy of Fine Arts in Stockholm.