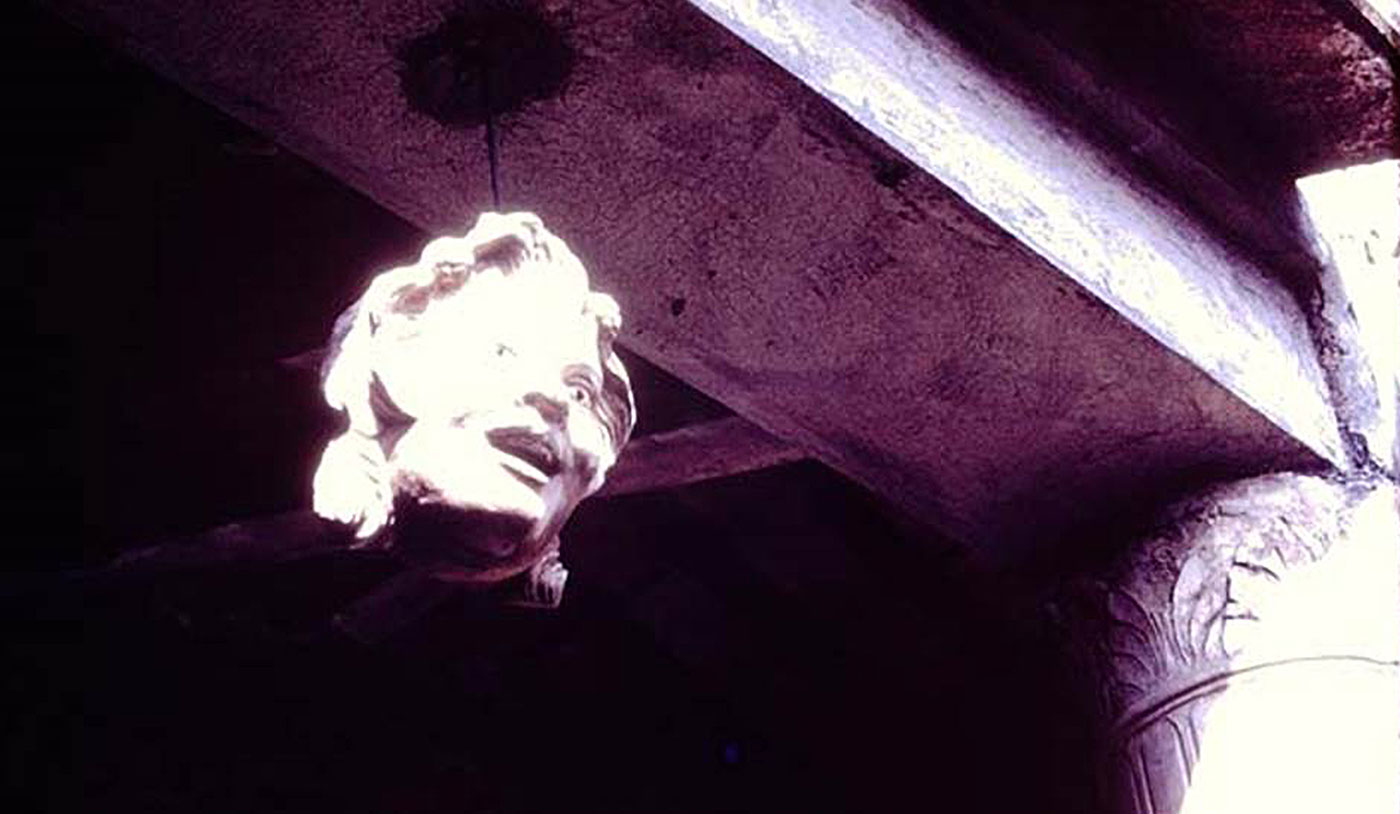 The Archaeological Park of Pompeii is delighted to announce the international preview of Black Med, POMPEII (2021) by Invernomuto (Simone Bertuzzi, Simone Trabucchi).

Black Med, POMPEII comprises two sonic interventions within the Archaeological Park of Pompeii – in the Casa degli Amorini Dorati and in Via Marina/Foro – and is open to all the public of the ancient city from Friday 1 October to Wednesady 3 November 2021.

The work – realised thanks to the support of Italian Council (VII edition, 2019), Directorate-General for Contemporary Creativity, Italian Ministry of Culture, and presented and donated by Fondazione Morra Greco, Naples – enters the new contemporary art collection (Collectio) of the Archaelogical Park of Pompeii in the context of the programme Pompeii Commitment. Archaeological Matters.

Black Med, POMPEII is the culmination of Invernomuto’s research around theoretical reflections on the Black Mediterranean, with reference to the research of Alessandra Di Maio (University of Palermo) who has used this definition in the context of postcolonial, migratory, transnational and diaspora studies. The work belongs to the wider research process of the artist duo, titled Black Med, which revolves around the web platform blackmed.invernomuto.info and that is articulated in a series of works that share the provisional outcomes, as in Pompeii, as well as a printed publication that expands the project through a series of theoretical contributions (Humboldt Books, Milan); a programme of further presentations and listening sessions that took place during the development of the project at the international institutions acting as project partners: The Green Parrot (Barcelona) and the Centre d’Art Contemporain Genève (Geneva).

The intervention in the Casa degli Amorini Dorati is based on a section from the Black Med archive called SEASCAPE. Tracks from different times and genres are compiled within it, sharing lush sound textures; the intervention – played through four flexible speakers (Anakonda) – aims to furnish the spaces and expand some of the symbology present in the Casa: Egyptological references and in particular the cult of Isis.

In Via Marina/Foro, the intervention diffuses the output of the blackmed.invernomuto.info platform six times a day, for ten minutes each time, as if it was a call to inner reflection, a way to beat time and become aware of it.

Invernomuto attempts to intercept the sound trajectories that cross the complex and stratified area of the Mediterranean, recording its continuous movements and accommodating the interweaving of its events and narratives. So Black Med navigates without following regular and categorical mapping. On the contrary, it allows itself to be crossed by the multiple routes and identities whose rhythms and sounds it listens to and archives. The trajectories followed by Black Med extend beyond the perimeter area of the Mediterranean in a strictly geographical sense, taking into consideration wider, more informal, unofficial geographies, proceeding from Marseilles to Barcelona, from Naples and Pompeii to Palermo, from Belgrade to Brindisi, from Cairo, the Suez Canal and Nubia to Lake Victoria, including the migration routes that have historically connected the African, Asian and European shores of the Mediterranean.

The blackmed.invernomuto.info platform (designed to be accessible both online – from 28 October 2021 – and offline, in the form of a sound installation) has collected, at the current stage of research, over thirty hours of content and musical contributions selected by Invernomuto, and a series of participants including Paul Gilroy, Rabih Beaini, Donato Epiro, Kareem Lotfy, Ma’an Abu Taleb and other musicians and researchers who were asked by the artists to propose a musical selection that would resonate with the research of Black Med.

The work Black Med, POMPEII was among the projects awarded an Italian Council grant (VII edition, 2019), programme which promotes Italian contemporary art in the world by the Directorate-General for Contemporary Creativity of the Italian Ministry of Culture.

INFORMATION FOR THE PUBLIC

Black Med, POMPEII is open to the public from 1 October to 3 November 2021 at the following times:

Access to Black Med, POMPEII is allowed to all visitors with an entrance ticket to the Archaeological Area of Pompeii

Invernomuto is the name of the artistic personality created in 2003 by Simone Bertuzzi (Piacenza, 1983) and Simone Trabucchi (Piacenza 1982. They work and live in Milan). Invernomuto is the author of a series of research projects structured in time and space, from which cycles of interconnected works derive. On a common theoretical basis, Invernomuto tends to think in an open and rhizomatic manner, developing different outputs that take the form of moving images, sounds, performative actions and publishing projects, within the framework of a practice defined by the use – as diffuse as it is precise – of different media. Reality is observed according to documentaristic principles and interests, but for the purpose of creating an imaginative and almost abstract representation, which offers wide margins for reflection and critical interrogation. In particular, Invernomuto investigates subcultural universes, moving through different practices, in which the vernacular language is one way of approaching and appreciating oral cultures and contemporary mythologies, observed with a gaze that aspires to be cross-fertilised and regenerated by it. The declared inauthenticity of some of the materials used plays a fundamental role in this process, which underlines not only the real but also the fictitious and distorted nature of the realities that Invernomuto explores. Both artists also develop individual lines of research, with the musical projects Palm Wine and STILL. The year 2021 includes participation in the Liverpool Biennial 2021 and 58th October Salon-Belgrade Biennial 2021. Solo exhibitions include The Green Parrot, Barcelona (2021); Auto Italia, London (2020); Galleria Nazionale, Rome (2019); NN Contemporary Art, Northampton (2019); Pinksummer, Genoa (2019); Artspeak, Vancouver (2015); Marsèlleria, Milan and the ar/ge kunst, Bolzano (both 2014). Their work has also been exhibited at the Tate, London; Manifesta 12 Palermo; Villa Medici, Rome; Alserkal Avenue, Dubai; Kunsthalle Wien, Vienna; Nuit Blanche 2017; Paris, Museion, Bolzano; Kunstverein München, Munich; Bozar, Brussels; FAR°, Nyon; Centre d’Art Contemporain, Geneva; Bétonsalon, Paris; Italian Cultural Institute. Addis Ababa; American Academy in Rome, Rome; PAC, Milan; Vleeshal, Middelburg; Centre Pompidou, Paris; Fondazione Sandretto Re Rebaudengo, Turin; Hangar Bicocca, Milan; Netmage 07/09, Bologna; Premio Furla, Bologna; No Fun Fest 2009, New York; Biennale Architettura 11, Venice.