Cassandra Press, with Kandis Williams and Brandon English. A Monument A Ruin

Cassandra Press
A MONUMENT, a reader
Reader on Graffiti Monuments Movements and Democracy
Published in 2021 on the occasion of Pompeii Commitment. Archaeological Matters

Kandis Williams & Brandon English
Image of abolitionist organizer Ella Dior from Brandon English’s archive of 2020, projected onto the steps of the Temple of Isis in Pompeii, 2021
Courtesy the Artists

Kandis Williams & Brandon English
Image of a Police Officer from Brandon English’s archive of 2020, projected onto the Temple of Isis in Pompeii, 2021
Courtesy the Artists

Cassandra Press
A Monument A Ruin, 2022
video, 2’30”
Courtesy the Artist
Presented by CIRCA and Pompeii Commitment. Archaeological Matters

Upon receiving our invitation to participate in Pompeii Commitment. Archaeological Matters, artist Kandis Williams proposed to begin new research on the theme of Pompeian programmata – the political propaganda wall inscriptions – particularly to investigate possible parallels with the politics of representation and strategies of social resistance at stake within contemporary democracies, in particular in the United States. As part of her research, Williams met with Pompeii’s former archaeologist Prof. Antonio Varone, responsible for the indexation and study of all of the Pompeian painted inscriptions, to address questions about Pompeii’s localised history as a provincial town and Roman colony, and how its electoral propaganda through the use of graffiti may possibly speak to more universal questions relating to the political agency, voice and representation of socially oppressed categories in today’s Western societies. In the wake of Black Lives Matter’s global uprisings in 2020, the use and symbology of graffiti in public spaces has taken on new and powerful significance and influence, prompting an urgent reflection on the meaning and manifestation of “collective history” in the public domain, particularly in the context of memorials and statues tied to slavery and colonialism. Is it possible for such monuments to be turned into ruins, and for those ruins to be monuments? Arguably, yes. In June 2020, American Confederate general Robert E Lee equestrian statue in Richmond, Virginia, was covered in anti-racist graffiti; a portrait of George Floyd was projected onto its main side at a monumental scale. This layered image was an omen of the eventual removal of Lee’s statue from its pedestal, in September 2021, which remains in place covered in graffiti from the 2020 uprisings. Among those who did not welcome this event was former US President Donald Trump who released a statement decrying the “complete desecration” of the statue. “Our culture is being destroyed,” he wrote. Whose and which culture, are the questions.
An exceptional amount of painted wall inscriptions – known as tituli picti – survived Vesuvius’ eruption in 79 AD, making Pompeii a unique site for the study and comprehension of the social environment as a canvas for individual expression since ancient times. From the beginning of Pompeii’s excavations in the 18th century to the present time, over two thousand tituli picti have been recovered – mostly in Latin – often found in locations of public transit and attendance, authored by citizens of different status and class. Contrary to today’s customs in much of the Western world, where graffiti are often regarded as unauthorised expressions linked to crime or degradation, wall inscriptions in Ancient Rome were not surrounded by negative connotations and were commonly accepted as an accessible tool for advertisement, to publicly share opinions and announcements. One of the most influential type of painted inscriptions were the programmata, electoral propaganda endorsing the candidacies of politicians in municipal elections. These brief epigraphs, which used abbreviated formulas, were generally written in red or black paint along the public-facing walls of well-travelled streets, and were signed by the person, of the trade or craft association, or of the sporting or religious society, that supported the candidacy. Featuring a great number of names for both candidates and supporters, the programmata thus offer a layered resource to learn more about public life in Pompeii and its participants, including the political agency of groups, such as women and slaves, who were not entitled to the right to vote. More recent critique even proposes to draw parallels between graffiti found in Pompeii and contemporary social media, arguing that ancient wall inscriptions established an accessible mode of public engagement with information alike today’s online media environments.
For pompeiicommitment.org, the publishing platform Cassandra Press founded by Williams produced a new reader titled “A MONUMENT, a reader”, published on our portal on 16 December 2021, comprising scholarly literature on Pompeian inscriptions and documentation on confederate monuments across the United States. Interested in Pompeian heritage as a catalyst for pursuing a dissonant space in which monumentality and ruination may coexist, Williams also invited photographer Brandon English to collaborate on a new series of photographs shot in situ at Pompeii over two nights in Summer 2021. English’s visual accounts from the Abolitionist Group Protests and Assemblies in New York, throughout 2020, were projected onto different buildings and frescoes in Pompeii, including the Temple of Isis – a sacred building dedicated to the ancient cult of the Egyptian goddess. Introducing English’s photographs into the nocturnal landscape of the archaeological site thus produced a new visual symbology, one that empowers Pompeii with the trans-temporal, phenomenological possibility to be a testimony and a rupture at once.
Williams’ research in Pompeii has subsequently developed into a new moving image piece titled A Monument A Ruin, commissioned by the digital art platform CIRCA in collaboration with Pompeii Commitment. Archaeological Matters  and published on 1 February 2022. Presented within the framework of Cassandra Press’ publishing and educational work, the work is broadcast everyday across the CIRCA network of screens in London, Los Angeles, Milan, Melbourne, New York, Seoul and Tokyo throughout February 2022. SB

With special thanks to Arthur Jafa and Amedeo Benestante.

Home page image: Kandis Williams & Brandon English, Image of a Police Officer from Brandon English’s archive of 2020, projected onto the Temple of Isis in Pompeii, 2021. Courtesy the Artists

Kandis Williams is a visual artist whose practice spans collage, performance, writing, publishing, and curating, and explores and deconstructs critical theory about race, nationalism, authority, and eroticism. Her work focuses on the body as a site of experience, which is simultaneously co-opted as symbol. Williams is the founder and editor-at-large of Cassandra Press.

Brandon English is a New York based visual artist interested in contemporary abolitionist practices and how they intersect with vestiges of vernacular image making. Through the lens of democratized imaging technologies (cellphones, DSLRs, surveillance cameras etc.), he aims to render issues of race, identity and political/social discourse with an exactitude concentrated on his proprietary experiences/traumas rather than image fidelity.

Founded in 2016, Cassandra Press is an extension of the multidisciplinary practice of Kandis Williams. What began as a publishing platform to highlight texts on issues of race, feminism, power, and aesthetics, Cassandra Press has since grown to become a multifaceted educational resource, hosting virtual workshops and organizing artist residencies alongside its publishing program. Over the past five years, Cassandra Press has published thirty-one readers which function as spiral-bound anthologies presenting theory, history, sociology, and criticism by a panoply of intellectuals, activists, and editorial sources. In 2020 the platform began the Cassandra Classrooms project, a series of immersive courses led by artists, intellectuals, and educators who share their vital knowledge and invite participants into generative investigations. Classroom sessions thus far have featured Manuel Arturo Abreu, Rhea Dillon and Yaniya Lee, among many others.

Cassandra Press, with Kandis Williams and Brandon English. A Monument A Ruin 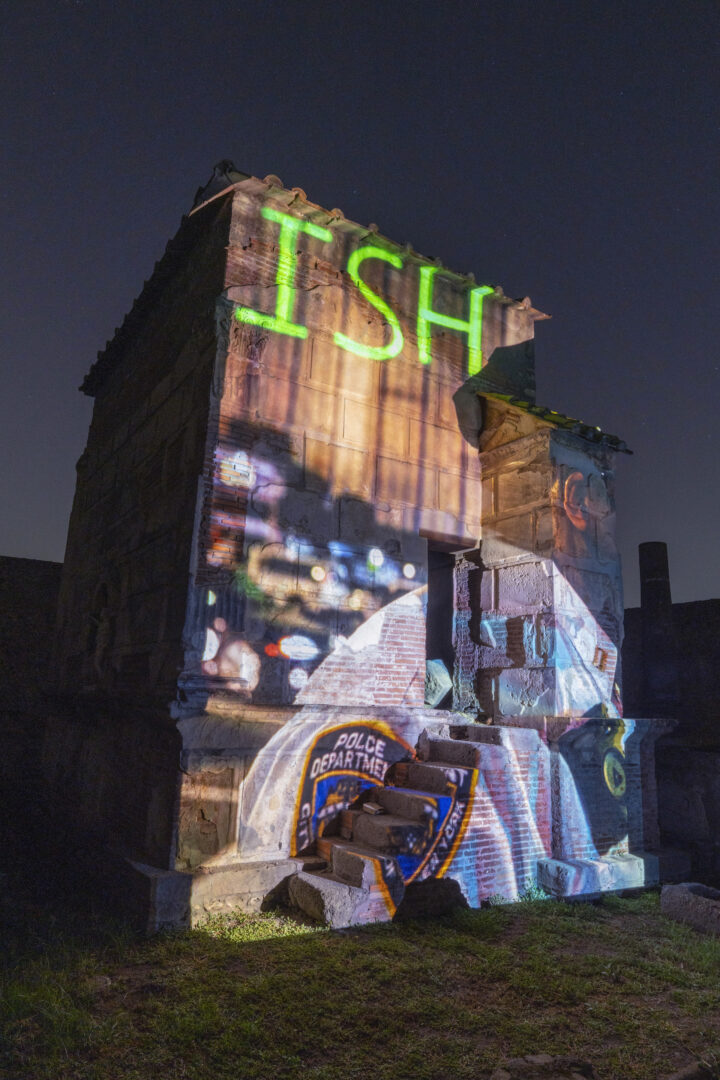