David Soin Tappeser & Himali Singh Soin. in the spirit of the fountain: a performance at pompeii

David Soin Tappeser & Himali Singh Soin
in the spirit of the fountain: a performance at pompeii (video still), 2020-2022
video performance 14’45″
Courtesy the Artists

Himali Singh Soin and David Soin Tappeser moved to Naples in September 2020 to further their research on South-South rituals, magical traditions and spiritual practices, drawing connections between the socio-political conditions in which such knowledges form. This line of enquiry began with their ongoing series of transmissions, Static Range (2020) inspired by Nanda Devi, the patron mountain of the Indian Himalayas where, during the cold war, the CIA attempted to place a nuclear-powered surveillance device to intercept Chinese missile data. The mountain goddess, a “temperamental revolutionary”, to quote the artists, “whipped up an immense tempest”, and the expedition had to turn back, losing the plutonium-powered device, which has yet to be found. The slow and invisible, radioactive leaking into the mountain ice provides a narrative frame to explore connections between natural and man-made elements, mythologies and the imminence of disaster – something the artists strongly associated with the context of Pompeii too. in the spirit of the fountain: a performance at pompeii (2020) records the culmination of the artists’ journey – spiritual as much as physical – along a seismic line, from the nuclear mountain in the Himalayas to the volcanic remnants of Pompeii. The tremors and tales of the lands they encountered fed into a short film-composition staged at Casa Della Fontana Grande (“House of the Large Fountain”), combining ritualistic movements, performed by Soin, with music by Tappeser playing Nagada drums, hand-made for them by artisans in Soin’s hometown in the Kumaon Himalayas. Inspired by the Himalayan Jagar, a ritual in which ancestors are woken up to heal their kin, the artists call upon the local spirits to conjure remedies for a contemporary critical time, linked to their reading of Neapolitan philosopher Ernesto di Martino’s concept of “crisis of presence”. A subsequent version of this work (2022) enriches the original version with new footage from Stromboli, and transforms it into a magic realist tale where a future ancestor encounters one from the past, travelling from a volcano suddenly active due to seismic shifts in the Earth’s climatic core, to the volcanic remnants of Pompeii. In their encounter, they retain – and release – the tremors of the places that come before and after them. Smoke becomes an instrument of illusion, in between the visible and invisible, between the core and the heaven, a quantum enchantment. A cymbal replaces the bronze oracular disc found at the cult of Hera, who presided over functions that sounded the spirits of the dead. Listening becomes a way of connecting to molten temporalities, as well as the medium through which retrieving a collective life-force.“This film is an artwork as much as a document of a performance,” state the artists, “blurring the lines between the two. In the beginning and end there is an aestheticization of the image (a continuing investigation into the nuclear sublime), while the middle ritual remains sacred to itself, and is untouched by the digital. The pandemic, as well as the epicness of the historic site of Pompeii itself, prompts the creation of such hybrid art forms”. Channeling both water and fire, and guided by the improvised sound of the drums, Soin and Tappeser open up a path to the act of listening as a way of connecting to molten time, pointing to the median where matter and spirit become inter-penetrable. SB

in the spirit of the fountain: a performance at pompeii is commissioned by the 13th Shanghai Biennale, Thyssen-Bornemisza Art Contemporary, and The Archaeological Park of Pompeii in the context of the program Pompeii Commitment. Archaeological Matters.

We recommend using headphones or speakers.

Himali Singh Soin (New Delhi, 1987. Lives between Delhi and London) is a writer and artist. She uses metaphors from outer space and the natural environment to construct imaginary cosmologies of interferences and entanglements, distance and intimacy. In doing this, she thinks through ecological loss and the loss of home, seeking shelter somewhere in the radicality of love. Among her most recent and upcoming exhibitions: Serpentine Galleries, London; Shanghai Biennale; EWERK Luckenwalde; Haus der Kulturen der Welt, Berlin; Contemporary Art Centre, Vilnius; Migros Museum, Zurich; Dhaka Art Summit, Dhaka; Block Universe, Dubai. She was the recipient of the Frieze Artist Award 2019, and is the writer-in-residence at the Whitechapel Gallery. Soin holds an MFA in Fine Art from Goldsmiths, University of London.

David Soin Tappeser (Bonn,1985. Lives between Delhi and London) is a jazz musician and composer. His practice primarily revolves around improvisation as a way to re-invent established traditions. His melodic approach to the instrument emphasizes the aesthetics of tone, sound and dynamics. Tappeser’s performative and compositional practice is shaped by internal pulsation, phase and fragmentation and the manipulation of time through music. Alongside tours of Mexico, France and India with his experimental jazz trio [working title]³, Tappeser’s performative and compositional work has recently been shown at Max Mueller Bhavan/Goethe Institut, New Delhi; Museo Thyssen-Bornemisza, Madrid; Gropius-Bau, Berlin; Whitechapel Gallery/LCMF, London; Shanghai Biennale, Shanghai.

David Soin Tappeser & Himali Singh Soin. in the spirit of the fountain: a performance at pompeii 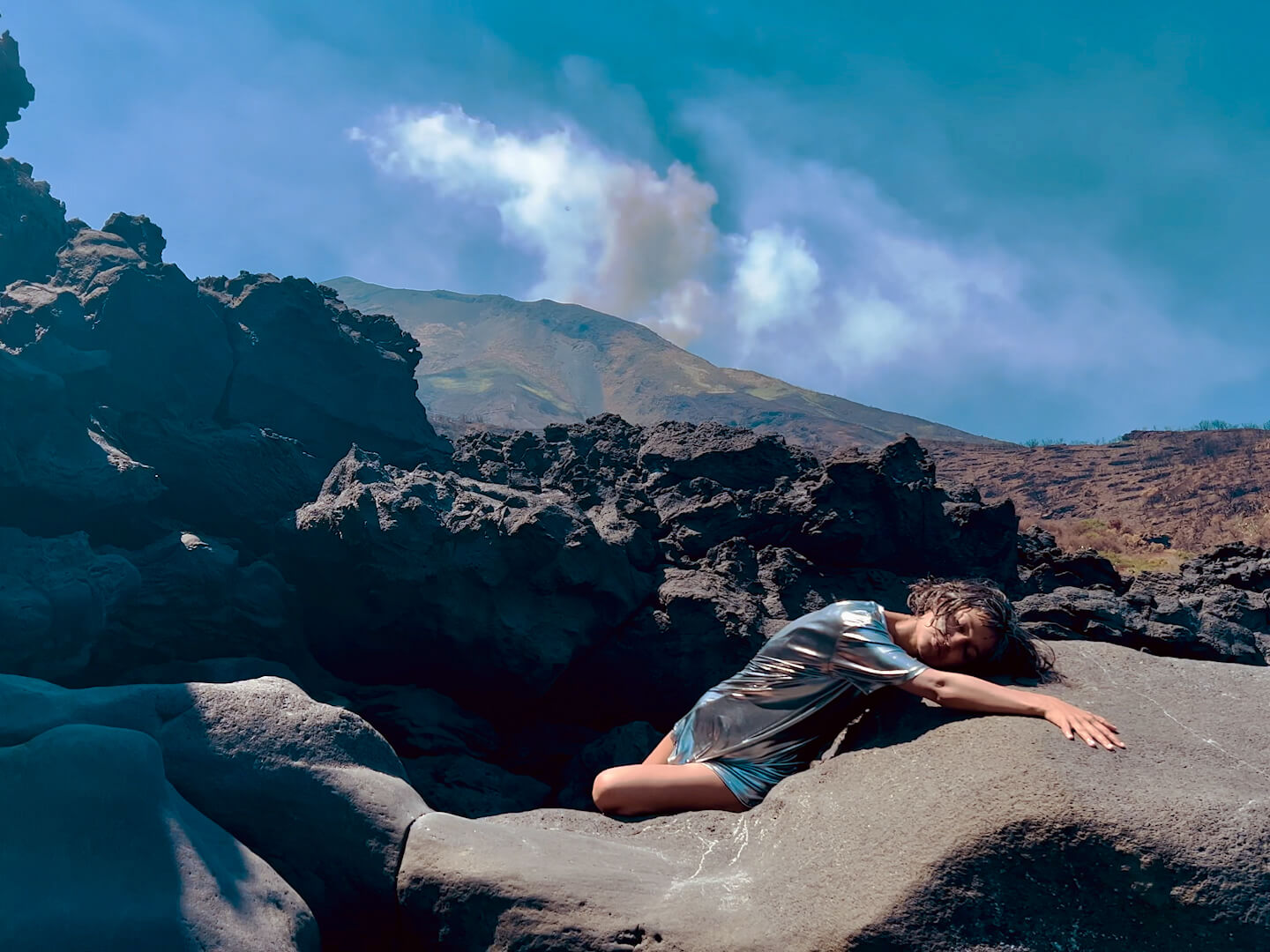 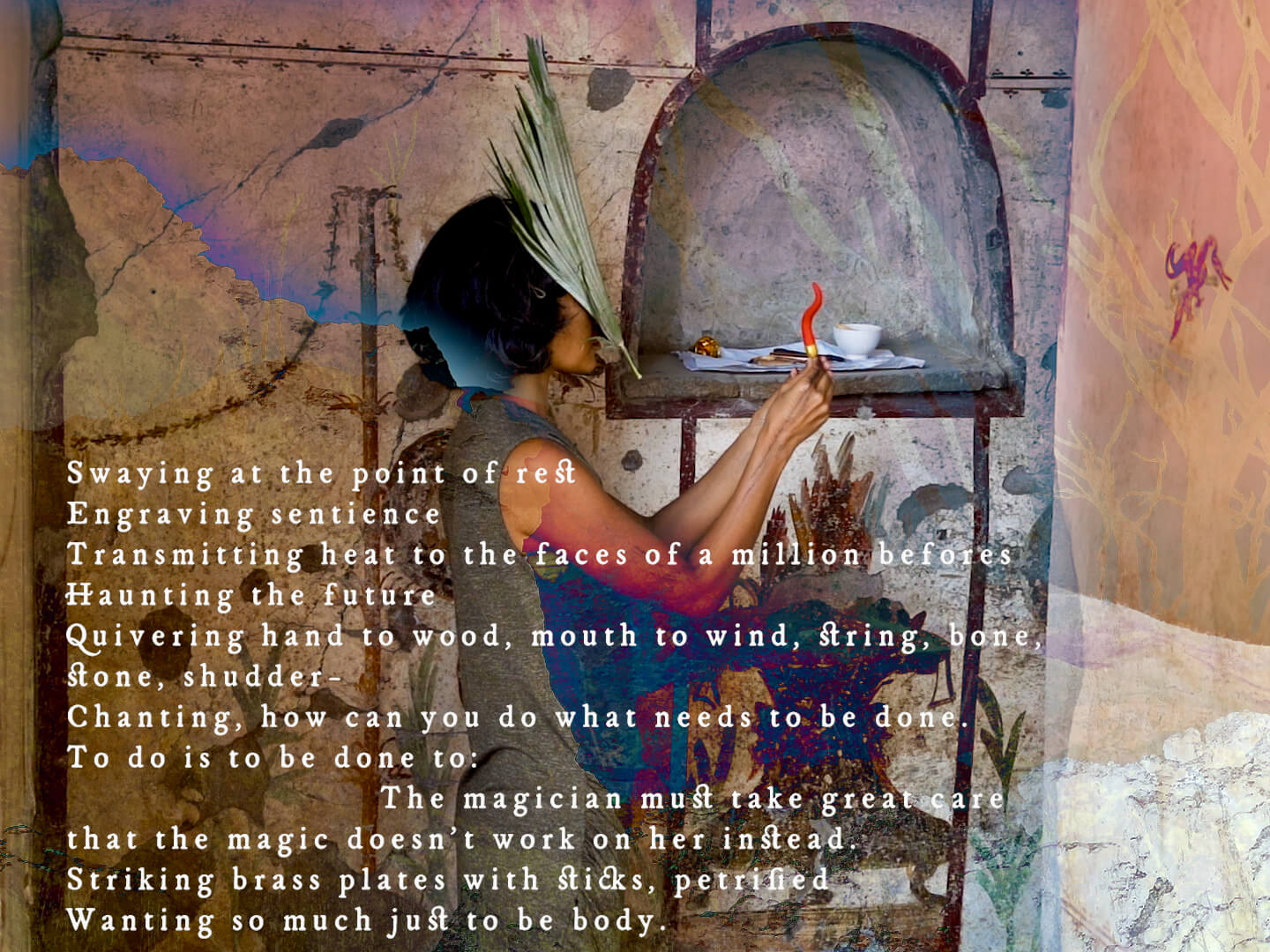 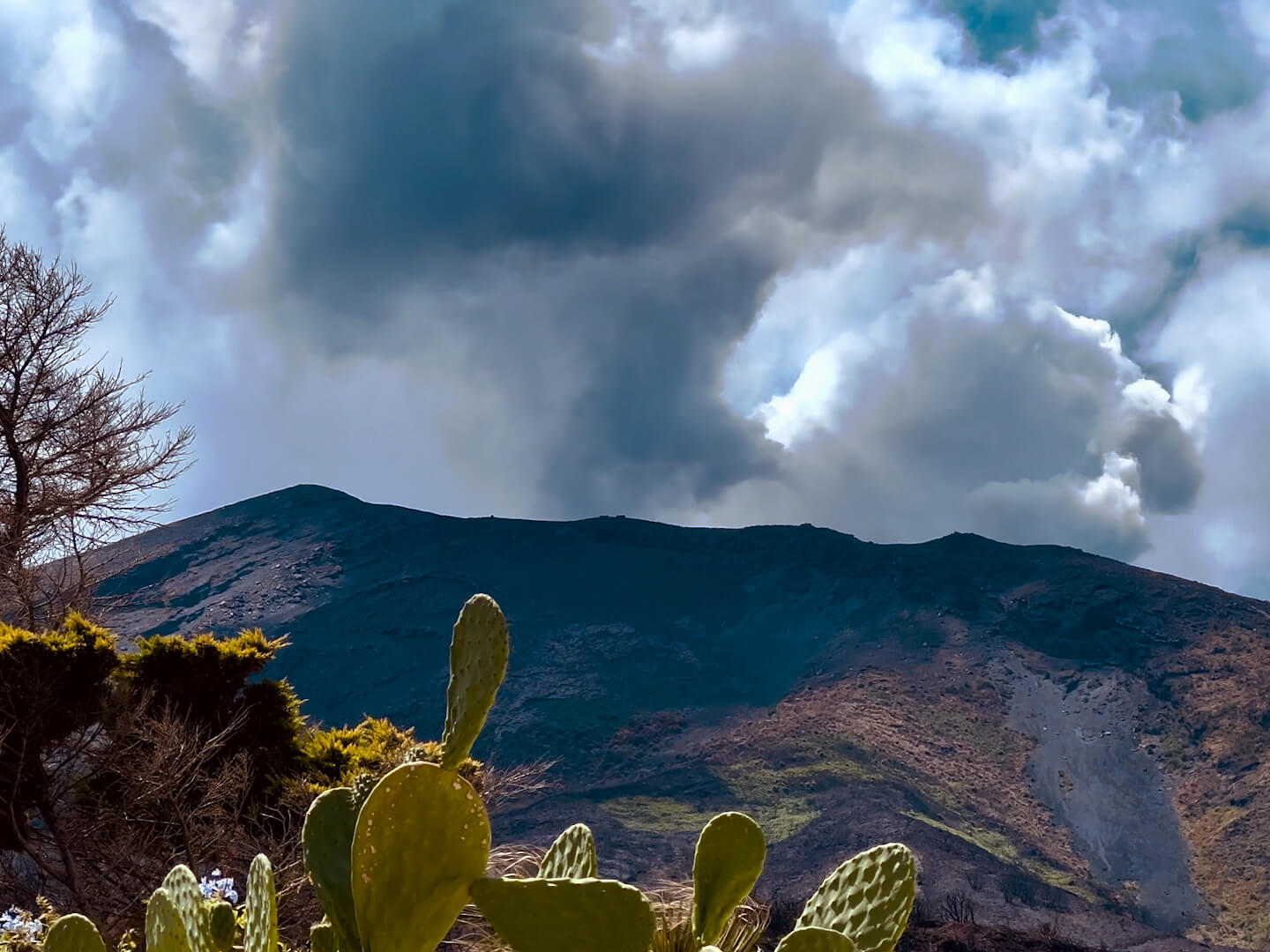 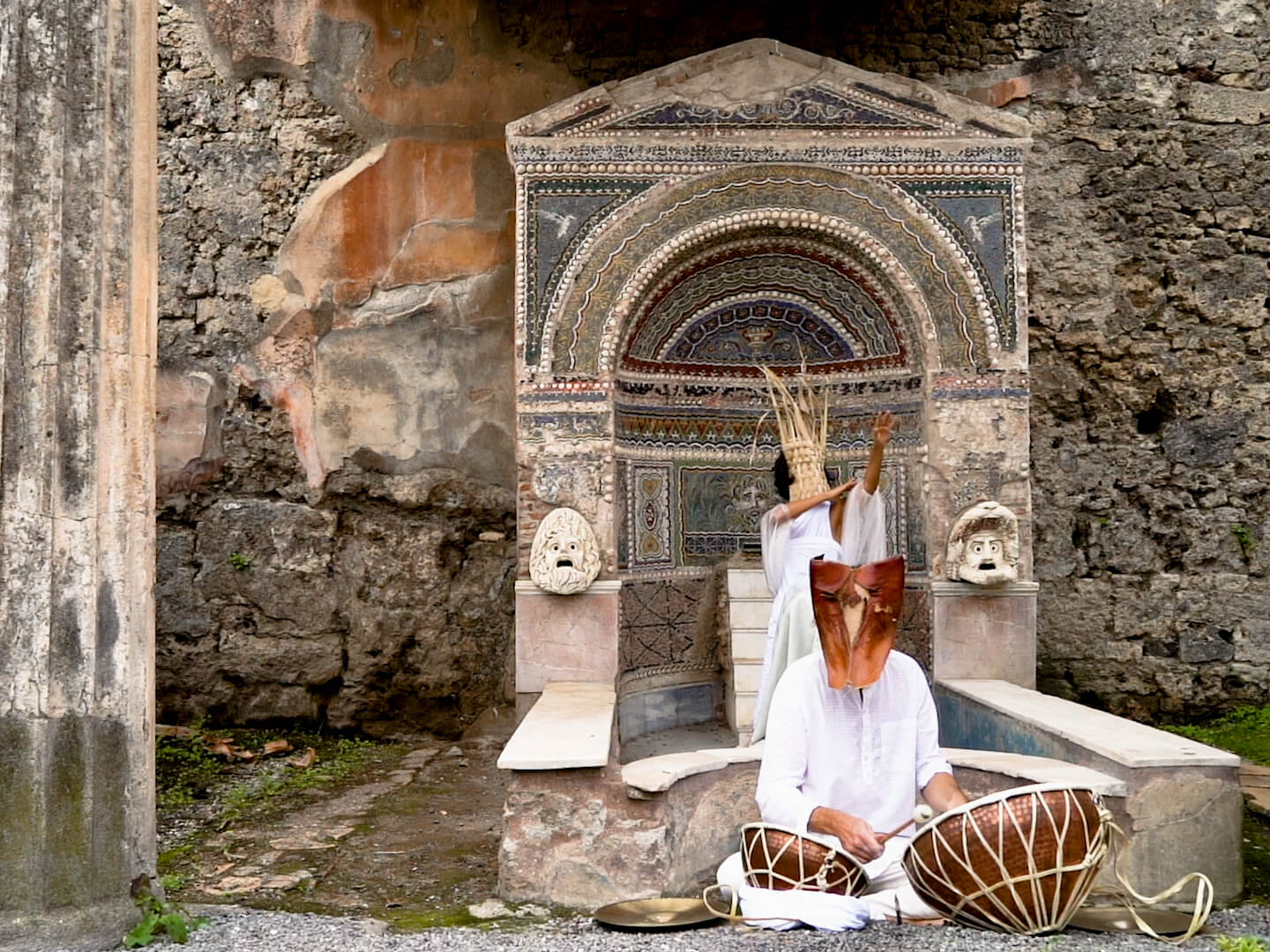